I was a child of the 90s, playing some of the scariest and strangest educational games on a DOS computer before moving over to the Nintendo 64. Doughlings: Arcade looks like one of those weird games back in the day by Humongous Entertainment, being this Breakout-style game where you have to get all the Geodude-like cartoons called Doughlings to change their color back to pink.

You get a simple introductory on how this all happened and then thrown into 75+ levels of bouncing a marble ball to change every Doughling back to one color by hitting them repeatedly until they’ve done so. If you look too deep into all this, you could call it racist, but the innocence of this arcade game shows that’s not the intention. Aside from that, if you’ve played any version of Breakout, this one isn’t too different.

Experiencing this one with a PS4 controller especially feels simple and tightly responsive, which can lend to an easy pick-up-and-play. Every time a Doughling turns pink, they’ll ascend to the heavens and drop a thumbs up. Catch enough of these symbols and you’ll unleash a special move that can clear more Doughlings quicker. By default, you will get this paint ball that can change the color on a connected group. Additionally, a DNA can drop to give you a power-up with their own special move along with their basic perk.

Lastly, if you detach a group of colored Doughlings, they’ll come crashing down, which getting it might drop some points. Otherwise, not much else to it. Each level has you knocking out at least almost all the board, progressing to the next so long as you’ve made it through. The stars are mere upgrade points to spend on slightly buffing your special moves and power-ups, but everything goes as it is with a new Doughling type or power-up being introduced every few levels.

There are bonus stages that tell you about focusing on saving eight trapped pink Doughlings, but the levels are laid out the exact same way, so the challenge doesn’t change. I was enjoying the silly nature and classic Breakout is fun…in short bursts. The whole time playing, the gameplay felt very samey as someone who’s played plenty of different breakout-style games and nothing elevated in a fun factor to me.

Even though its great that this found a PC release, it wasn’t a game I would want to sit down and spend hours on, more of a few quick rounds on the go, maybe find an arcade cabinet to play against friends. Yes, there’s an online leaderboard, even a level editor to share across all available platforms, but the game never went above and beyond its formula. 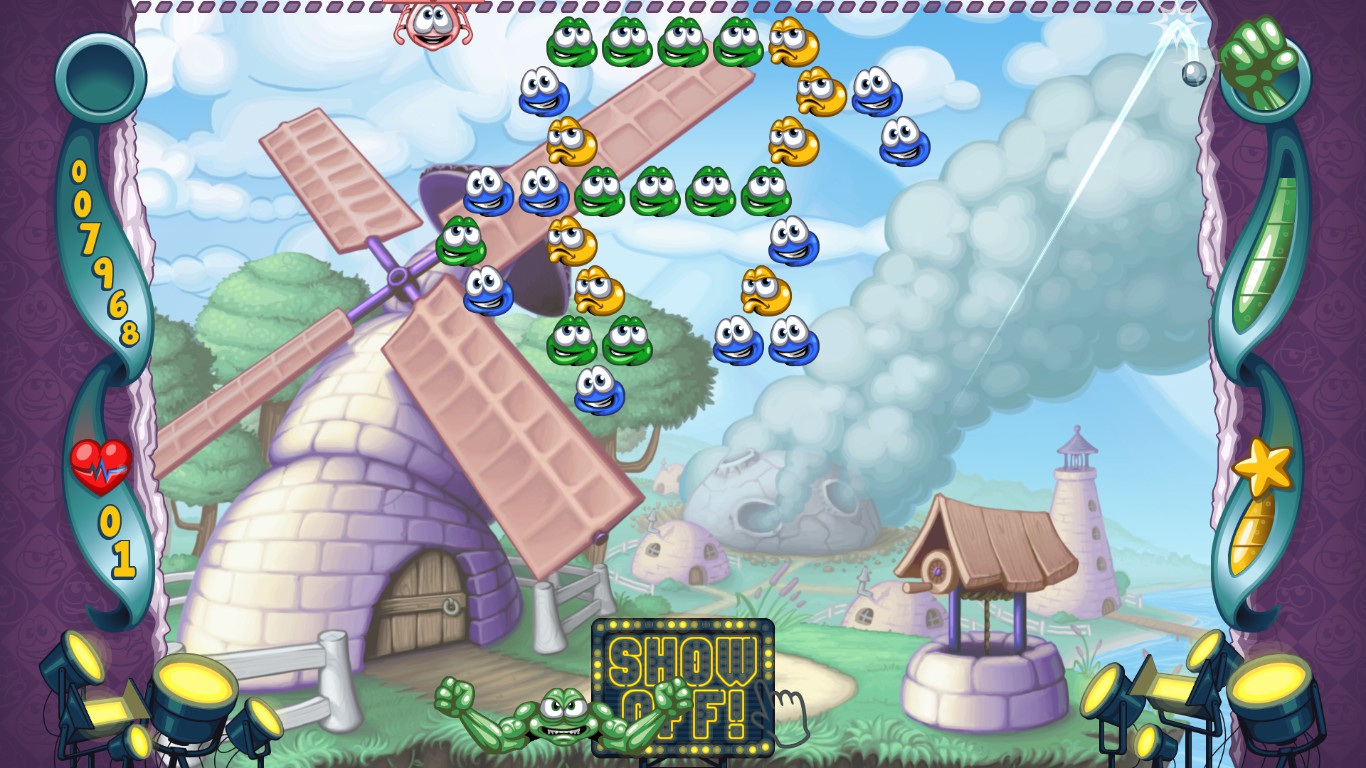 Where something like Tetris Effect might have went deeper on the Tetris gameplay, Doughlings is just a strange version of Breakout and nothing more, which is fine considering its a cheap game to get anyway. You’ll get plenty of challenge with three lives, but the stages are so short, restarting the level means nothing.

When it comes down to it, your enjoyment level of Doughlings: Arcade entirely depends on your feelings towards Breakout. For me, Breakout is at least “Enjoyable” and so is this.