On paper, Katyusha sounds like an awesome game. This a side-scrolling platformer/RPG about a little girl trying to save her love interest in the mists of World War II. You have a mixture of melee and ranged combat, traveling through what is the country side of Europe, fighting Nazis and wildlife. Based on my demo experience, I’m more concerned than excited. 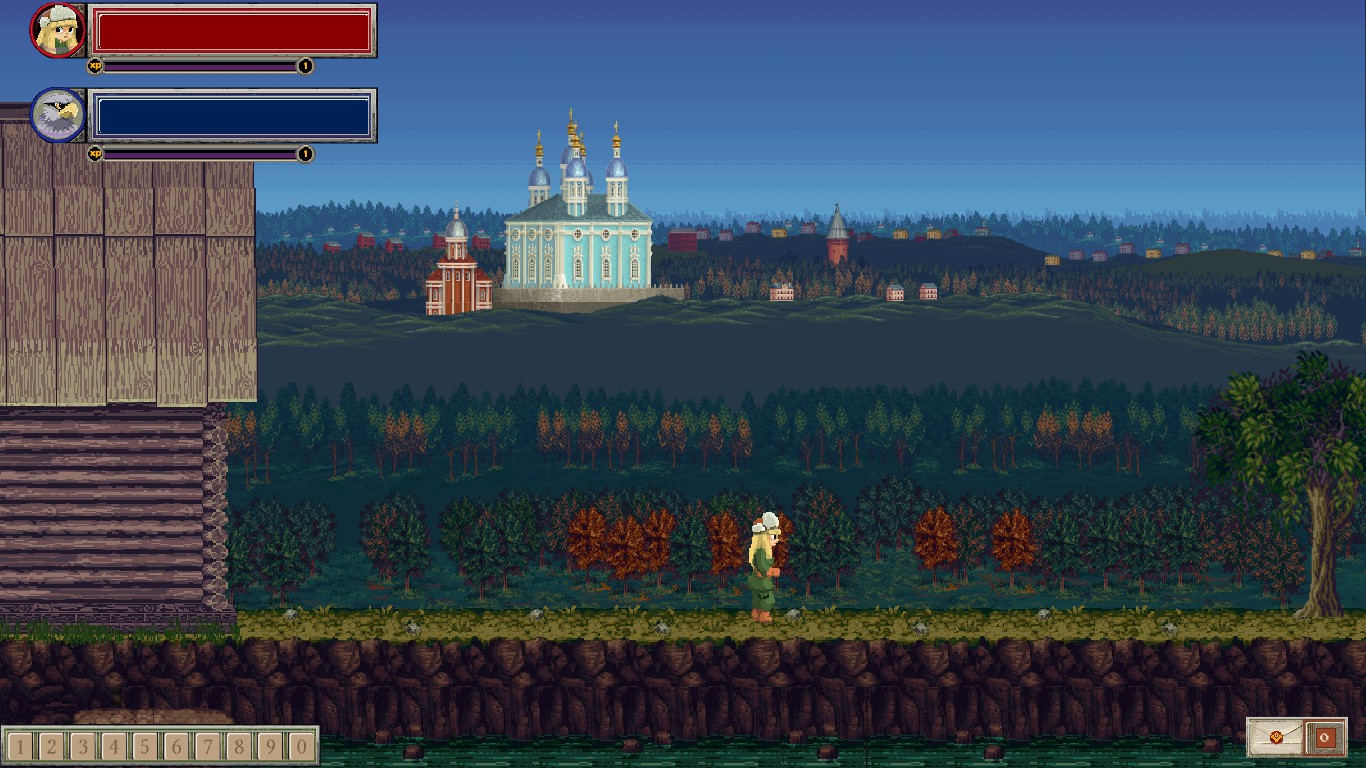 First off, I tried playing this game with my PS4 controller, and it was a piss poor session, from figuring out the controls to stopping my character from continuously moving to the left. Once I got to play the game, the design feels off. I can tell that there is a narrative going on here about a young girl’s journey through a dangerous war, just by her entering the cabin and seeking out the old lady.

The demo had me talking to her, then off to a repetition of caverns, cliffs, and jumping points. If there was a reason to why I’ve forgotten about what story-telling is happening, it’s because that’s being overshadowed by sloppy gameplay and an inconsistent direction. I get this is supposed to have an SNES look to it, but knowing I’ve been through those indies like Fox n’ Forests, where the levels contained enemies that fit with the environment, had fluid combat and cohesive worlds.

This shot above, as cool as it looks the first time, is going to look unintentionally familiar by the end (or maybe the developer did mean to repeat, in that case, a little lazy). I don’t even understand the world I’m in if wolves, cobras, bears and Nazis are all connecting to each other. Why does our main character have to get through bears in a cave, two or three times, just to get through the Nazis? Are the Nazis forming some alliance with these animals, thus why they’re on constant patrol?

Nevermind that, why is it when you slice or kick an enemy, there’s no way to dodge their following attack? Fighting feels static from what I’ve played and it makes it worse when the bears just kill my rear before I can defeat them, prompting a use of an exploitative auto-leveling button, just so I may beat this 30 minute demo.

I don’t even know what the bird’s purpose is for, other than possible gliding? Let me halt and say that this could be really good. I’ve played plenty of indie demos that have improved their form later on, starting off very rough. I know these developers have their heart in the right place and I hope this is awesome.

For now, good intentions and a decent art style are the best things I can say about my disappointing demo time with Katyusha. I know people are going to tell me that this is a demo and I shouldn’t be hard on it, but something mechanically has got to work for me to see to have that faith. I’m sure we’ll be finding out if the project can pull through, whenever this game releases.