I will admit to enjoying things that may be too geeky for some. Yu-Gi-Oh! was an interesting nerdy card game because it involved battles that laid heavy on stats. Unlike other known card battle games where characters have health, if a monster with the weaker numbers lose, they are destroyed on the playing field.

I’ve looked back at Yu-Gi-Oh! in general to say that its definitely not for everyone and mainly for dorks like me, despite that I don’t think the dialogue is all that great in the anime, rather corny and quite bad.

I mean they have characters called “Bandit Keith”. Can you guess what his personality is…or type? I shouldn’t have to explain that one, or any of the characters for that matter. Anyway, us American Yu-Gi-Oh! fans weren’t granted a console video game until 2002, as when the PlayStation 2, Xbox & Gamecube were the big deals, this was finally brought to us…on PlayStation 1.

The story is that years ago, in Ancient Egyptian times (where playing cards existed), you play as a protagonist you named, who is the grand prince of the kingdom. Big things are planned for you, but unfortunately, an evil high priest named Heishin seeks the Millennium Puzzle for great power, which you so happen to possess. Regardless of what happens, the puzzle shatters and his plans of domination are foiled…for now.

5,000 years later, and Yugi Moto seems to be connected and exchanges conversation with a prince, 5,000 years apart through this puzzle. Could something more sinister happen? Well…I never found out. I know some people have nostalgic memories over this game, but to me, it is a test demo for what Konami could do with Yu-Gi-Oh! in video game form, and nothing else.

What really doesn’t hold up is that the rules in this game don’t play like the card game at all. There are no card abilities, special summons or anything like that. Instead, the game asks you to mix cards together to form stronger monsters and that’s the requirement to successfully beating this game.

You are given a lot of weak monsters in your deck, and without indication as to what fuses with what, you need to take down the opponent with what little you have. There are very few trap or spell cards to help balance things out, you really have to figure out the combinations (which are unrelated to the actual card game), or you’re screwed and its game over after a loss.

Its not about being a “filthy casual”, because there isn’t even a fair fight to begin with. The opponents, once you reach the tournament, all have strong cards they play instantaneously while you have to fuse and find your own, if you can. Now today, you have the internet for that, but back then, if you didn’t have the manual with you, good luck on finding out how to progress.

This isn’t every old late 90s game, this is just confusing game design. It sucks because the soundtrack is pretty catchy, with some funky tunes thrown in the tourney battles. Yu-Gi-Oh!’s story is dumb as heck, even in the case of this game, but very entertaining in that regard (like, having offensive Italian stereotypes as ancient Egyptian residents…boy does this game not age well).  I wish I could say “Oh the memories!”, but instead, I’m like “Glad we moved away from this!”.

I haven’t given my review out for the later Yu-Gi-Oh! video games, but I will immediately spoil that they are better. Forbidden Memories is an extremely disappointing beginning to a line-up of interesting games based off the popular anime. You can’t buy cards from a shop or unlock any from other than defeating an opponent, which is nuts once you go to a tourney.

Well…here’s to being a fan. 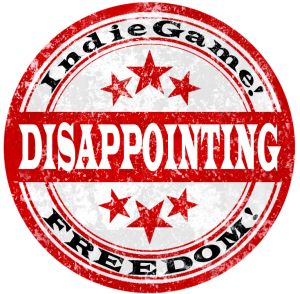